“Isn’t Executive Coaching just for industry leaders?” Sarah Jane squinted. She struggled to see how my skills fit into her world.

Sarah Jane is a long-time hospitality professional. She had previously worked as a manager at top restaurants, like Eleven Madison Park in New York, NY, USA, and Pineapple and Pearls in Washington, DC, USA. I have been coaching for over a decade. Last year Sarah Jane and I were assigned to tailor joint coaching and consulting service offerings to the restaurant industry.

Sarah Jane’s skepticism was an invitation to change my tack. Over the years, I had coached individual restaurant industry clients. These clients had sought me out, already knowing that they wanted coaching. Now, however, we had to win over restaurant leaders who weren’t waking up, saying, “It’s time to hire a coach!” And not even Sarah Jane was on board.

My first step was familiar: Show Sarah Jane the value of coaching. We pored over the ICF definition, “partnering with clients in a thought-provoking and creative process that inspires them to maximize their personal and professional potential.” Then I provided the coaching session that changed Sarah Jane’s tune to: “Everybody in the restaurant industry should work with a coach!”

But my next step was unfamiliar: Crafting an astute, industry-specific appeal to people who had no prior express interest in coaching. Making the case for coaching to one prospective restaurant client at a time would not fly. I would need to frame coaching in terms that reflect how people in restaurants see themselves.

The example that follows is based on my experience of tailoring coaching to the restaurant industry, but it’s an approach that I have since begun to apply to several other industries with promising success.

Outlines of a bigger picture emerged. What I was seeing left me with new questions: Where are the chefs who aren’t white males from families with deep pockets? How long does a career in restaurants tend to last? And as more people invest in a culinary education, what are the most common paths for debt-ridden chefs who exit the industry?

A disturbingly common thread in most renowned chefs’ stories is that they were trained by masters who treated them tyrannically. Was there a connection between the missing women and minority chefs in top restaurant industry echelons and a culture that demands culinary excellence while all too often stripping staff of their dignity?

I felt like I was onto something. Did culinary excellence really have to come at the cost of restaurant workers’ dignity? So, I asked restaurant industry friends. Their replies struck a nerve: “When we make working conditions better, quality suffers.

As a coach, I tend to read into answers that suggest “that’s-just-the-way-it-is” red flags. I was hearing a failure to imagine leadership capable of producing both culinary excellence and a culture of dignity. Well, no wonder restaurants weren’t demanding coaching en masse: I had what I needed to start framing coaching in terms that would resonate powerfully with restaurant leaders.

As these ideas were coming together, I attended a public talk. A man behind me named Rock introduced himself as a chef. I told him I was an executive coach. “What does that mean?” he wanted to know. It was the perfect opportunity to test my budding hypothesis and let three months of research inform my answer.

“You know how working in the kitchen demands culinary excellence, often at the expense of your own dignity?” Chef Rock nodded, and I continued, “I work with chefs to ensure that excellence and dignity don’t cancel each other out.” Chef Rock’s jaw dropped. “Imagine working in a kitchen that maintains the highest standards and manages to build up everyone working on the line.” We made an appointment to coach the following week.

Before our next meeting I researched Chef Rock Harper. I learned that he had won first place on Hell’s Kitchen, a reality TV show in which notoriously ill-tempered chef Gordon Ramsay dresses down contestant chefs. No wonder my appeal had hit home.

After only one coaching conversation, Chef Rock embarked on a mission to introduce coaching—and this crazy idea that restaurants can indeed strike a healthy balance between excellence and dignity—to as many of his industry friends as possible.

Gideon Culman, PCC, will be exploring this topic more in-depth at ICF Converge 2019, which is taking place October 23-26 in Prague, Czech Republic. Join his session “Making Coaching Relevant: How to Break into New Markets” in the Build content group on Thursday, October 24 at 4:00 p.m. (local time). By attending this session, you can earn 1.0 RD in Continuing Coach Education units. 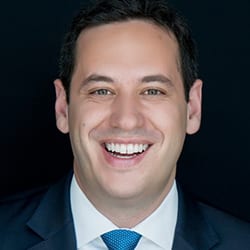 Gideon Culman, PCC, is the president and founder of K Street Coaching®. Curiosity has led him to tailor coaching engagements to people of diverse backgrounds, including senior leadership in nonprofits, government and a rich variety of businesses. Gideon produces the podcast Where Genius Grows, exploring how we navigate a rapidly evolving world. He received his coach training through Accomplishment Coaching and has held a Professional Certified Coach Credential through the International Coach Federation since 2014. Gideon earned Master of Art degrees in Liberal Arts and Eastern Classics from St. John’s College and a Bachelor of Arts degree in Human Ecology from College of the Atlantic.