Professional coaching is about understanding our coachees, not satisfying our curiosity.

Ask an audience of professional coaches, “What’s the most important skill for a coach to master?” and you’re likely to hear “Curiosity! A curious coach is a great coach!” In fact, many coaches frequently interject the phrase, “I’m curious…” into their coaching sessions. There is a plethora of articles, videos and other resources highlighting the importance of curiosity for effective coaching.

Until recently, I believed that curiosity was integral to masterful coaching. However, a short conversation with my husband (who is not even remotely close to being a coach) completely changed my mind. I discovered that the widely understood definition of curiosity doesn’t describe the demeanor of a coach who is operating at their best.

During one of our morning walks, my husband and I noticed and talked about something different at a neighbor’s home. As the discussion continued, I asked him, “Are we curious right now, or are we being nosy?” His response stopped me in my tracks: “Is there really any difference between the two? Either way, it’s about what we want to know.”

What does it mean to be a “curious coach,” and how does our position of curiosity impact those we serve?

Think about curiosity for a moment. What is its purpose? Curiosity generally grows from a need within us. “I’m curious…” because I want to know. In coaching, hopefully one uses curiosity to support and help the coachee. Yet, based on what I hear from many coaching recordings that I assess, what coaches may think is curiosity serves to simply satisfy the coach’s need to know. Yet, our job isn’t to satisfy ourselves, instead, it’s to deeply understand and support our coachees.

The International Coaching Federation defines coaching as “partnering with clients in a thought-provoking and creative process that inspires them to maximize their personal and professional potential.” One of the most significant words in this definition is “partnering.” Does a curious coach fit the definition of a partner? Perhaps, but I believe there is something better.

If not curiosity, then what?

Instead of curiosity, the most important skill for a coach to possess is “interest” — genuine interest in the coachee. While curiosity grows from a need to satisfy something within us, interest serves as a bridge to connect us to another person. Think about that for a second. Would you rather have someone be curious about you or interested in you? Curiosity is self-focused while interest is other-focused.

The late Judith E. Glaser, founder of the Conversational Intelligence body of work, summed up this concept beautifully by emphasizing connection and under-standing, meaning standing firmly under another person’s reality just as you would stand under an umbrella. Curiosity may not entice you to connect and under-stand, but interest surely will.

Here’s a challenge for my fellow coaches: In your upcoming coaching conversations, let go of curiosity, and focus on interest. Be fully and completely interested in your coachees. It doesn’t matter what you know, what does matter is how they grow. 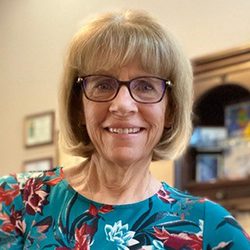 Lillian LeBlanc, MBA, PCC, is the principal of Ibis Coaching, LLC. An experienced leader, Lillian is a past president of the ICF Central Florida Chapter, and she served as a global board director and officer of the inaugural ICF Coaching in Organizations Global Board of Directors.