Learning from Failure: Why Risk It?

Today my social media feed shows a flurry of motivational slogans urging me to embrace and celebrate failure: “Failure: It’s the best way to learn,” “Failure is success if we learn from it,” “Failure builds character.” All very well in theory, but how do we support our clients to find the courage and self-belief to fail, to learn and to move on?

The “learning from failure” meme stems in part from Carol Dweck’s work on fixed and growth mindsets. Dweck’s research with school children found that those children who were praised for their intelligence and believed their talents were innate and fixed would avoid failure at all costs and choose less demanding tasks; whereas, those who were praised for effort and persistence saw failure as an opportunity to improve and grow—and chose more challenging tasks.

You’ll find growth mindset referenced in many professional development programs; the appeal of the concept has crossed disciplines from educational theory to business, through leadership development to coaching. These ideas speak to my own work in coaching clients to step out of fixed perspectives and helping them to believe in the possibility of growth. I’ve followed, with interest, the backlash against Dweck’s findings and her defense of what she calls the “false mindset.” If we adopt mindset theory into our coaching, it’s important to understand two misconceptions that are commonly repeated.

Mindset Myth #1: Praise the Effort, Not the Outcome

Many proponents of growth mindset have taken Dweck’s work to mean that what is most important in developing a growth mindset is to praise a person’s effort, not the outcome. Dweck says that’s not it. Instead, she explains in a 2016 interview in The Atlantic (my italics): “Praise the effort that led to the outcome or learning progress; tie the praise to it. It’s not just effort, but strategy…so support the student in finding another strategy. “

Students are quick to notice if your championing of their effort is not linked to any real progress—and so are coaching clients. In a coaching context, we know that supporting someone to become resilient in the face of setbacks is about much more than encouragement. We help people to identify the strategies that have worked for them in the past and to prototype new approaches to try out in the real world. We provide support while they do that. Redoubling efforts with the same old strategies only brings the same old results.

Additionally, says Dweck, students need to know when to ask for help and how to use the resources available to them. In coaching, resources may be internal or external and learning when to ask for (and accept) help is often, in my anecdotal experience, a pivotal moment in the coaching process.

Mindset Myth #2: People Have Either a Fixed or a Growth Mindset

Tempting as it is to label people—or even yourself—as having a fixed or growth mindset, the reality is more nuanced. Even someone who believes that everyone has the potential to develop their abilities (growth mindset) can still be triggered into a fixed mindset. It depends on the context. The key, says Dweck, is to recognize our triggers. This is clear coaching territory: We, coaches, help people to break out of fixed beliefs, and we help our clients recognize the triggers that summon their saboteurs. Dweck has even created a persona—Madame Perfect—for her own trigger.

This still begs the question, “Why would people choose to put themselves in the position where they might make mistakes and expose their flaws?” Part of the answer lies in the research around expertise. K. Anders Ericsson, a researcher in the science of expertise, has shown that if you want to achieve excellence in your field, you need to engage in “deliberate practice,” which is practice that focuses on tasks beyond your current level of competence and comfort—the things you currently don’t do well. Mastery is about sustained effort and practice in areas of difficulty; it is activity where you are thinking about what you are doing, combined with feedback from an expert coach.

For many of the clients I work with, the answer is bigger than individual performance. It is a commitment to a greater good, which is emerging from a new definition of what it means to grow and be successful. To this end, researchers Ashley Buchanan and Margaret L. Kern have proposed a new “benefit mindset” that moves beyond individual accomplishment and performance and places individual development within a purposeful and collective context. They explain, “It is a purpose-driven, leadership-based mindset that is redefining success: not only being the best in the world, but also being the best for the world.”

Now isn’t that a goal worth risking failure for? 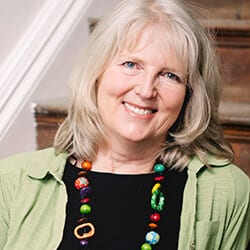 Jane Brotchie, CPCC, ACC, is a personal and professional Development Coach, (also known as The Cat’s Whiskers Coach) offering online coaching to people across the world from her base in Shropshire, United KingdomUK. She is an accredited Co-Active Coach as well as a CAPP Strengths Profile Partner. Jane has a background in online learning design for professional development and also works as a learning and development consultant, currently designing a positive leadership program.