The Rewards of Coaching

From our own experience as executive coaches, we know that coaching can be demanding, but it is also often exhilarating and highly rewarding. Our six-year collaboration in the fields of coaching and neuroscience has helped us to understand why this might be. What is it that makes coaching so rewarding and can we learn anything from neuroscience about what underpins the rewards of coaching?

One area of neuroscience that helps us understand the joys of coaching is research into intrinsic motivation. We can be motivated by external sources including financial reward, feeling that we have a responsibility to others to do something (“I should do…” or “I ought to do…”), or wanting the external recognition that comes with a role. While the thought of gaining these can encourage us to do things, we are more often motivated by the thought of losing such things as money, respect and recognition.

In contrast, when something is intrinsically motivating, we do it because we want to. Intrinsic motivation comes from autonomy (choosing what to do and how to do it), curiosity (wanting to know), and connection (wanting to come together). Neuroscience research has demonstrated that being curious and wanting to know an answer activates dopamine reward centers—we literally enjoy curiosity. Similarly, autonomy has been linked to the dopamine reward centers and our sense of self. We are neurophysiologically rewarded when we feel that we are being true to our own identity.

Our understanding of why connection is intrinsically motivating has been expanded through research into the neuroscience of trust. Trust is very important in human relationships since it is the basis for cooperation—it is what connects us. Coaching depends on trust. It forms the basis of the relationship and without trust, coaching interventions are unlikely to be successful.

When we trust, and are trusted, we are more likely to be generous to others. In  , people were put into groups of four and given a pot of money each. They were asked how much of their pot they would contribute to the group and were told how much each of the other three participants were prepared to give. They were then moved to a new group of four people, and the same instructions were repeated. Participants who had been the recipients of generosity in one round were more likely to donate more of their pot in the next round—generosity breeds generosity.

When we work together, research demonstrates that activity in the brain’s reward centers increases. This suggests that the generosity of time and commitment involved in coaching and the cooperative behaviors on which coaching is built breed future generosity and cooperation. It is even possible that individuals might learn to trust as the result of a particularly effective coaching relationship, therefore, leading to greater connection and compassion, though the research is not available to back up this speculation yet.

Finally, coaching is rewarding because it elicits what have been termed “other-praising” emotions. These include admiration, compassion and gratitude. A study in this area used functional MRI (fMRI) to image changes in brain activity when people heard stories that elicited admiration and compassion. These stories caused increased activation in areas of the brain that represent our sense of self (ventromedial prefrontal cortex).

This makes sense when you consider your own thinking process as you hear a story about someone who does something admirable or compassionate. We process these stories by thinking about what we might do or not do in the same situation. This processing increases our sense of self and primes us to act more admirably or compassionately ourselves. As a coach, the stories you hear will add to your own sense of self and your sense of compassion.

When we respond to emotion in others, we can do this either by feeling what they feel (having empathy) or knowing what they feel (having sympathy). These two words are frequently used in different ways by different people, so there is much room for confusion. Ultimately what matters here is the distinction. We’re going to keep with the formulation above to make an important point. To be in the best state to help, coaches require sympathy not empathy—it is hard to be helpful when you are in a highly aroused emotional state.

Research suggests that compassion is a form of sympathetic response and that, while empathy can cause increased stress, compassion does not since it drives us to solutions rather than focusing on the problem. Thus, as coaches, practicing sympathy—not empathy—reduces our stress response and increases our sense of self in situations that might otherwise be stressful. 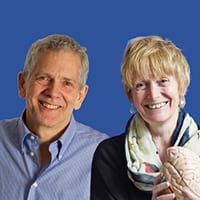 Patricia Riddell is a professor of Applied Neuroscience and the co-author of The Neuroscience of Leadership Coaching: Why the Tools and Techniques of Leadership Coaching Work (2015). She is also a consultant neuroscientist to International Teaching Seminars (ITS).   Ian McDermott has trained a generation of coaches. The founder of International Teaching Seminars (ITS), he is the co-author of The NLP Coach (2001), Your Inner Coach (2003) and The Coaching Bible (2005), and he is a contributor to Excellence in Coaching (2006). His most recent book is The Collaborative Leader (2016).