Have you ever considered what it would be like to open your Inbox one morning, only to discover the following email notification?

This letter is to inform you that the Initial Review Panel has made a preliminary determination that a breach of the ICF Code of Ethics has been adequately alleged in the complaint filed against you.

As Chair of the ICF Ethics Independent Review Board (IRB), I oversee the Ethical Conduct Review (ECR) process. I’ve witnessed the stressful impact that the complaint process has on coaches. Not only is this a time-consuming process, but it is also anxiety producing, as a coach faces the unknown impact to their reputation and livelihood, regardless of the final determination.

Lack of awareness or alignment with personal beliefs and values can cause a coach’s behavior and actions to lead to an unethical situation. Some of the most commonly alleged breaches of our ICF Code of Ethics involve standards relating to Confidentiality/Privacy.

Confidentiality refers to the coach’s duty to not disclose any information obtained during the course of the coaching relationship without the express permission of the client. The right to confidentiality belongs to the client, not to you as a coach. Therefore, your client can set the boundaries of confidentiality; however, it is your obligation as the coach to ensure that these limits are clearly agreed upon in either a verbal or written agreement with the client and any sponsors. Remember that even with a clear agreement, there is still a conscious practice that needs to take place by you as the coach. Impulsive behavior, as well as insensitivity—lacking empathy and compassion for your client’s needs—can lead to unethical conduct including breach of confidentiality.

The following are actual examples of complaints filed against ICF Member coaches, all of which have included an alleged breach of confidentiality. As you will see, the situational conflicts are often complex and, in many cases, provoke an ethical dilemma.

Over a period of time, a client shared very intimate information with his coach about his life and his past relationships, including one with an ex-girlfriend who he had hoped to reconcile with. After several years of working with his coach, the coaching relationship ends abruptly. The client soon discovers that his coach has been having an affair with his ex-girlfriend, has fallen in love and plans to marry. The client filed a complaint against his coach for allegedly disclosing intimate details of his life with the coach’s now fiancée (client’s ex-girlfriend). How could this coach have prevented his client from filing a complaint that involved breach of confidentiality?

Several attempts were made by a coach trainer to remedy a situation whereby a student demonstrated unacceptable behavior in the classroom, impacting the safety and learning of the other participants. As this student’s enrollment in the program was sponsored by his company, he is eventually told that his employer will be notified of his removal from the training program. With a level of expectation for those employed by the company, the employer requests specific details of the student’s behavior. When a sponsor pays for the coach training, is it OK to share detailed information about the student’s behavior?

A client attempts to reach his coach on her cell phone, quickly realizing that the coach believed she had declined his call yet had inadvertently and unknowingly accepted the call. The client overheard his name being used in the context of dismissive and judgmental comments which included detailed information he had shared within the confidentially of the coaching relationship. The coach claimed her motivation to breach this confidentially was her attempt to gain insight on how to better support her client. How does this breach of confidentiality impact the foundational trust within a coach/client relationship?

A client filed a complaint against her coach, indicating that he was harassing her with cell phone texts of an inappropriate nature. The coach claimed someone had stolen his cell phone and it was not he who was sending the text messages. Although the coach denied any wrongdoing, he did nothing to deactivate the SIM card once he believed his phone was stolen. What was the coach’s responsibility to adequately protect his client’s contact information?

As with any ethical situation, there is rarely a clear-cut answer. However, expanding your ethical curiosity can influence your ability to think, reflect and consciously avoid ethical blind spots. Ethical awareness around confidentiality is foundational to the trust between you and your client. Not only does ethical knowledge demonstrate your professional responsibility, but it can also serve to strengthen your confidence as a coach. 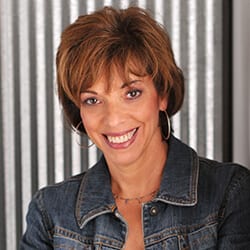 Sue McMahon is a Professional Certified Coach, Board Certified Coach, and founder of Living from the Heart LLC. For 15 years, Sue has served in numerous roles involving ICF Ethics & Standards. She views her current position as Chair of the ICF Ethics Independent Review Board as a privilege and a continued opportunity to promote ethical coaching and professional integrity.  Her passion for coaching and ethics is second only to her greatest joy: spending time with her family and Labrador retriever, whether it’s being on an adventure or just hanging out. You can contact Sue at CoachSue@LivingfromtheHeart.info.