How the ICF Core Competencies Helped Me Raise a Healthy Child

My son was married this past August at the age of 28. It was a picture-perfect day. The skies were brilliantly sunny. The venue was perfectly decorated. The food was exceptional. Most importantly, the crowd had found a rhythm all its own—warm, jubilant and simply, authentically happy. The feeling was palpable and has stayed with me since.

At the beginning of my toast to the bride and groom, I stated to guests that I hadn’t realized a parent could experience the kind of joy I was feeling in that moment. I was proud of the smart, intuitive, compassionate man my son had become and was overwhelmed by the unfettered, unguarded expression of love between these two people.

Later in the evening, as I observed my son’s unbounded delight, I had a heart-stopping, wholly unexpected insight: Unaware of what I had done, I had, for 28 years, been parenting my child in ways that were aligned with the 11 ICF Core Competencies. In that moment, the music stopped for me. The room became still. I simply took in what I had just discovered. In short, I realized that I had been “coaching” my son his entire life, even though my formal work as a coach started only 10 years ago.

In my mind, the connections between the Core Competencies and my experience as a father unfolded in quick succession, enabling me to see how my relationship with my son had evolved over time.

It wasn’t always easy for either one of us.

By way of background, my career has been grounded by my focus on identity—the core identity of organizations and the core identity of individuals—and the power identity contains to influence one’s life or the life of an institution. Matters of identity naturally call for a visceral embrace of integrity as a prerequisite for making a distinctive and lasting contribution in the world. No doubt, this orientation contributed, unconsciously, to my attraction to the Core Competencies.

Since my son was very young, I have worked to imbue him with a sense of his own autonomy. I have also strived to cultivate his appreciation for behaving in an ethical way that would lead to greater trust and intimacy, first between us, and then with others. (Better stated early on as “Doing the right thing.”) Given my profession as a coach and consultant, it seemed only natural for me to follow this path.

Even though he was my son, my child was always a person in his own right, deserving of respect and admiration—a fact that led me to listen to him, intently, especially when he was upset, or angry, or wanted something that clearly was important to him. I would ask him questions that, within reason, challenged him, and I would communicate directly, or as directly as I felt I could in the moment.

There were tough times during his teenage years that taxed us both. They required trying conversations and sometimes painful decisions. These times called for me to step back from my instinct to protect my son and to tell him what to do or not to do. He needed to make choices and take responsibility for them. These times tested my faith and fortitude as well as his. They were inevitable.

Above all, my job as a father was to honor the individual inside my child. It still is.

Today, my job extends to honoring the individual inside the client, someone who may be struggling to find their own agency, as they move toward their desired goal. My insight about parenting has sharpened my understanding of what coaching is really all about and how it can enhance, if not sometimes, actually “save” someone’s life.

The 11 ICF Core Competencies reflect a natural and positive human phenomenon—an invaluable framework for cultivating healthy individuals of any age. These competencies can touch us all if we let them, weaving themselves effortlessly into our daily lives.

Beyond the constructive impact in a traditional coaching setting, I believe there is a significant opportunity to apply the power of the Core Competencies in a broader social context. The potentially deeper and more poignant implications of the Competencies lie in how they can be used to strengthen the experience and impact of parenting, leading to stronger families and more robust communities.

In short, the 11 ICF Core Competencies prescribe a way of living—they codify it and organize it, allowing us, as coaches, to apply it and teach it—to the benefit of many, fortunate individuals. 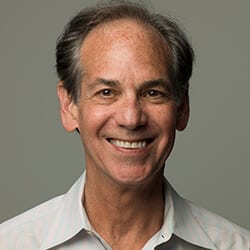 Larry Ackerman, ACC, is a leading authority on organizational and personal identity. He is the founder of The Identity Circle, a consulting and coaching firm in Westport, Connecticut, USA. Larry is the author of two groundbreaking books on identity, Identity Is Destiny: Leadership and the Roots of Value Creation and The Identity Code: The 8 Essential Questions for Finding Your Purpose and Place in the World. Larry is a board member of the ICF Connecticut Chapter.